How to Define Your Vehicle Performance Targets + Free Guide 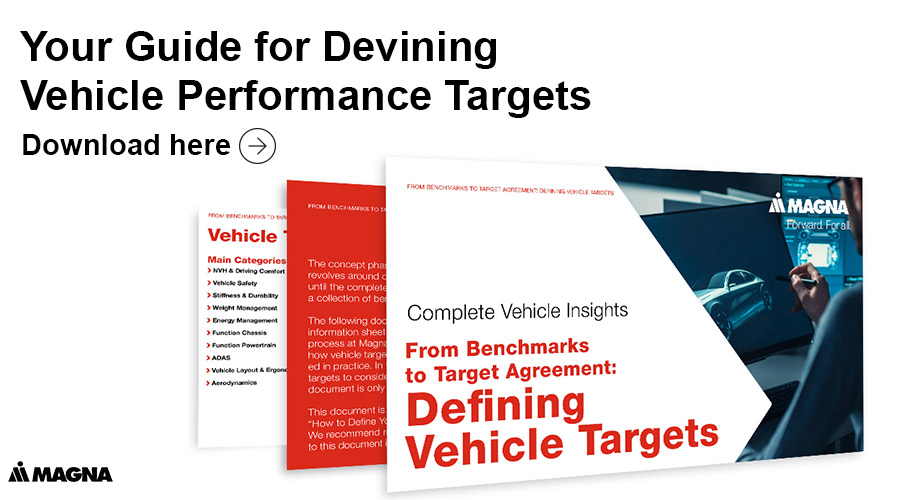 Before an automotive vision can be implemented into reality, its individual systems and components must be first defined. This process takes place during the concept phase – the phase during which a vehicle idea is transformed into a catalog of specific metrics, vehicle performance targets and traits and which when combined, function as the basis for the future vehicle.

HOW A VISION IS SPECIFIED INTO VEHICLE PERFORMANCE TARGETS

For the targeting process to be started, the first step is to create a customer market profile (CMP). The CMP is created as a part of the feasibility phase and its purpose is to showcase the target market as well as the target customers of the planned vehicle.

In addition to those market-related inputs, a CMP also requires the vehicle’s technical product portfolio, which encompasses various features, ranging from a vehicle’s platform and engine type to structurally important components of the vehicle.

Also you have to find out what the car performance standards are. 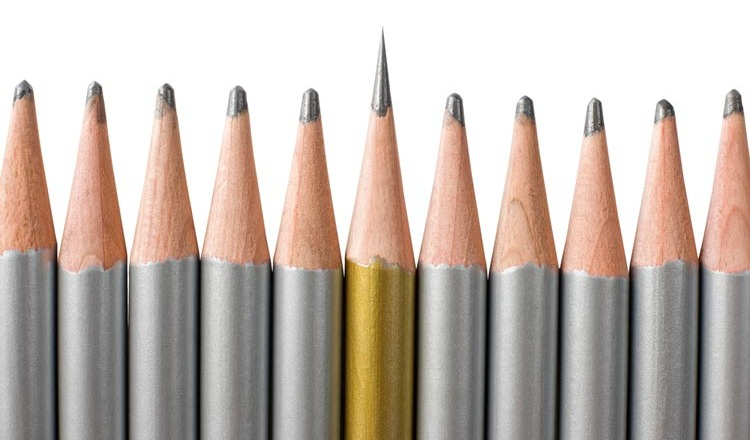 What's More Important: The Product or the Market?

Of course, this raises an important question: Should a vehicle be adapted to fit its target market or vice versa? Both approaches are valid. It’s clear that key features of an automotive vision should not be changed in order to fit a different market.

However, during the creation of the CMP it may become clear that a vehicle, for whatever reason(s), cannot satisfy the intended target market. Or that the target market is simply insufficient to generate revenue.

Ultimately, the CMP should first and foremost represent what its creator intends to achieve on the market with their vehicle. If the released vehicle is aimed to address the off-road SUV market, then it should naturally focus on providing all-terrain capabilities, many functionalities, a robust frame and a styling to match the image.

If a vehicle’s main USP however is a modern, futuristic driver’s experience, then it should naturally focus less on utility-related issues and more on factors such as a futuristic styling and HMI or speed and acceleration.

If a vehicle manufacturer is more open towards adapting features to appeal to a larger market, then they should do so, if necessary. However, the later a vehicle concept is adapted, the more time-consuming and costly any changes will be.

If the target market and by extension the target customers are known, the next step is to look at the current competitors of the respective market segment and to get all the information about the car performance standards.

This process is called benchmarking and serves to give new entrants an overview on what their target market currently offers. Other vehicles within the same market are chosen based on the CMP and compared to create a tangible bar the new entrant has to reach.

For example, if a new entrant intends to release a BEV aimed at drivers traveling long distances, a natural benchmark would be the vehicle with the currently highest range. An exemplary benchmark vehicle for this may be the Mercedes Vision EQXX unveiled in early 2021.

According to its creators, the Mercedes Vision EQXX provides a range over 1,000km (648mi) on a single charge, making it a very useful benchmark vehicle for this metric.1

Which benchmarks should be chosen to get the car performance standards?

When choosing car performance standard benchmarks, it’s advisable not to focus on a single metric alone but rather on how the primary features of those vehicles influence its other features. For example, the previously mentioned Mercedes Vision EQXX achieves a long range due to a combination of efficient aerodynamics and a powerful battery pack.

However, its price tag is just shy of £100,000 and it only offers a comparatively average acceleration. And while other vehicles may not achieve such a high range, they can mitigate this factor by different metrics, such as higher top speed, acceleration, or a compelling E/E architecture. And some vehicles may also achieve a similar range via different means, such as a different type of battery pack.

Ultimately, it is important to look at the big picture when searching for suitable benchmark vehicles. Good benchmarking provides information on a multitude of factors and should provide new entrants not only with the target numbers they need to achieve but also provide different approaches, potential drawbacks, and viable alternatives for reaching their target market. Thus, keep in mind as a rule of thumb:

With the vehicle benchmarks chosen, the next step is to determine the specific targets that should be achieved by the vehicle. Vehicle targets are the first “tangible” features established during the development and production process. They signal specific goals a vehicle must meet in terms of its respective systems.

Naturally, these go into detail – for example, the acoustics of a vehicle can be affected by many individual factors dependent on exterior noises, idling and rolling noises of engine and tires, or stutters caused by chassis, engine or powertrain of the vehicle.

A complete target list has several thousand targets (most of which are assigned to specific components), but only around 100 vehicle targets are decided upon initially (this number can vary depending on the development strategy). These targets consist of traits with specific importance to the complete vehicle.

They are then further categorized by how relevant they are to the benchmarks for the complete vehicle. An SUV will put less emphasis on top speeds than a sports car – nonetheless, both cars will have to define some speed-related targets, just that the SUV’s priorities are located elsewhere.

The process of defining targets consists of several testing rounds, executed both physically (testing benchmark vehicles) and virtually (via simulation methods). The most important metrics should be determined by the new entrant’s wishes, and then an attempt is made to achieve them within the context of the planned vehicle.

One of the most prominent challenges with defining targets is that of system-overarching co-dependency. Any changes to the targets, however minor, can influence the remaining vehicle development process.

For example, if an EV battery cell cannot be integrated as initially planned (such as due to financial reasons), alternative cells must be used instead. However, those not only influence the overall target of vehicle driving range, but also the general layout and components of the car battery itself. Potentially the entire vehicle platform’s layout may require changes if the loss in driving range could only be mitigated by implementing a larger battery.

And while many adaptations do not impact a vehicle to the degree that its entire structure must be replanned, they still increase cost and time-to-market. Thus, after the milestone target agreement, the target landscape can only be modified by change management, taking into account timing, costs (for development and production) as well as quality and performance.

To summarize: The process of transforming an automotive vision into the initial concrete targets consists of mainly three steps:

With the initial list of vehicle targets decided upon, the project can then continue to move towards the milestone target agreement. During this process, the initial set of targets will be expanded upon, and the technical and economic achievability of targets is verified. Once the project has reached this milestone, it can finally make the jump into serial vehicle development.

You can keep updated with Magna's automotive insights through email alerts in real time. Subscribe now!

We want to hear from you

Send us your questions, thoughts and inquiries or engage in the conversation on social media. 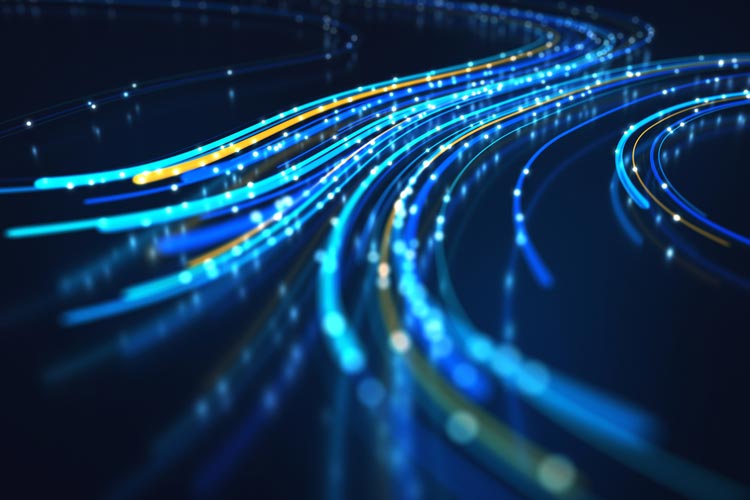 The First Steps for Your Automotive Project Planning to Set Up a New Vehicle Production? Here is What to Look Out For

You can stay connected with Magna News and Stories through email alerts sent to your inbox in real time.